By this, I mean the majority thought it would not claim the lives of many (though one life lost, whether it is through pandemics or not, is one too many)

But 10 months later, and the world has come to a grinding halt; all thanks to the newest pandemic in town.

Although, at the moment, people are starting to embrace the “new normal”, you cannot help but wonder if there have been pandemics far much worse than Covid19. 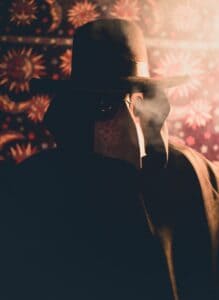 The Antonine Plague is also known as the “Plague of Galen”. It affected Greece, Italy, Asia Minor, and Egypt. Although the true cause of this ancient pandemic is not yet clear, experts think it was either measles or smallpox. The plague ended up killing around 5 – 10 million people.

The symptoms of this deadly disease were diarrhea, pharyngitis, and fever. It was also noted that some patients experienced skin eruptions, which were sometimes pustular and sometimes dry. Well, most of the Antonine Plague symptoms became noticeable on the 9th day of the illness.

When Antonine Plague broke out in Rome in 165AD, chances of it being cured or treated were zero. Fortunately, not everyone who contracted the disease died. Some people survived, and they developed immunity, which protected them from further outbreaks.

In around 190AD, the plague ended. Galen – the prominent physician – wrote notes about the symptoms of this lethal illness. And, based on his work, modern researchers have come to the conclusion that the Antonine Plague was most likely smallpox.

It is speculated that the deaths of emperors Lucius Verus in 169CE and Marcus Aurelius in 180CE were as a result of the Antonine Plague.

Also Read: Is Virtual Tourism As Fun As In-Person Tourism?

This astonishing flu is one of the most recent deadliest outbreaks in history. It affected more than a third of the world’s population. To be more precise, around 500 million people contracted the disease. And with a mortality rate of 10 – 20%, the disease ended up killing between 20 – 50 million people. 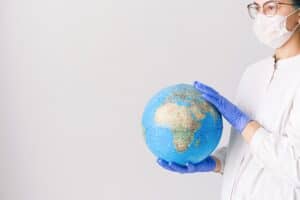 The symptoms of the flu pandemic varied from the 1st wave to the 2nd wave. During the 1st wave (which occurred in spring), the symptoms of this deadly outbreak were pretty mild. Those infected suffered from typical flu symptoms such as fatigue, fever, and chills. Most of them recovered after several days.

In the second wave (occurred in fall), humanity saw the worst side of the pandemic. Victims perished a few days or, even worse, hours after developing the symptoms. As if that’s not enough, their skin turned blue and lungs were full of fluid, which, probably, caused suffocation.

Those infected by the flu either died or developed immunity. So, by the summer of 1919, the deadly pandemic ended.

Although, the flu epidemic of 1918 is sometimes referred to as “Spanish flu”, it did not originate from Spain. It is called Spanish flu because the news coverage of it was done in Spain.

It is still not known where the flu originated. Scientists, however, have come up with theories, which show that it came from Britain, France, China, or the US – where the 1st case was reported on March 11, 1918.

It is unclear how long this plague lasted, but what one will never forget is the unimaginable sufferings it left behind. At its peak, the disease was killing around 5,000 people per day. And when it ended, around 30 – 50 million (Wikipedia says up to 100 million) people had lost their lives. It was caused by the bubonic plague and affected the Byzantine Empire and Mediterranean port cities. 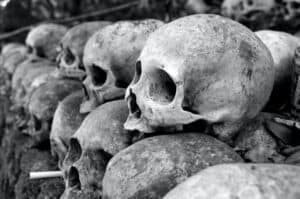 The symptoms of this devastating outbreak were swollen/tender lymph nodes, abdominal pain, gangrene (death of body tissue as a result of either a serious bacterial infection or a lack of blood flow), and chills.

According to Thomas Mockaitis, a history professor at DePaul University, people simply had no in-depth knowledge of how to put an end to the plague of Justinian. So, what the people at the time did was to avoid those suffering from the illness.

Recommended: 10 Spooktacular Halloween Activities To Consider During the Pandemic

And like most pandemics, where the majority survives, the plague of Justinian ended after most people developed immunity.

HIV/AIDS announced itself to the world in 1976. The disease was first identified in DRC (Democratic Republic of Congo). And, since 1981, it has killed over 36 million people. Today, 31 – 35 million people are living with HIV. Of these, around 21 million people are in sub-Saharan Africa. That makes up to roughly 5-percent of the region’s population. 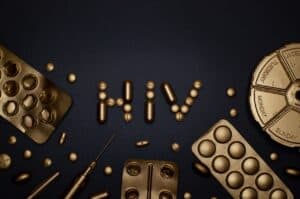 Some symptoms of this dreaded disease are pneumonia; diarrhea that can last for more than a week; prolonged swelling of the lymph glands in the groin, neck, or armpits; recurring fever/profuse night sweats; rapid weight loss; extreme and unexplained tiredness, and sores on the mouth, genitals, or anus.

HIV/AIDS pandemic has not ended yet. However, there is hope. Between 2002 and 2012, the yearly global deaths as a result of HIV/AIDS plummeted from 2.2 million to 1.6 million. Also, there is the development of ARVs. These drugs inhibit many different viral enzymes that are critical to the replication cycle of HIV.

In 1346, there was an outbreak of the Black Death plague. It ravaged Europe, Asia, and Africa; killing between 75 million to 200 million people! This plague is thought to have its origins in Asia and spread like wildfire across the globe. You see; during this period, there were merchant ships. 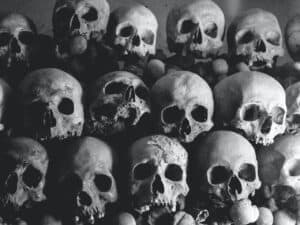 Unfortunately, these ships did not just accommodate people and commodities – they were also home to rats.

Rats, in turn, were hosts to fleas, who, in turn, carried the bubonic plague.

Also, during this period, ports were major urban centers. And boy, did they provide the ideal breeding ground for the fleas and rats?

The outcome was the flourish of an insidious bacterium called Yersinia pestis.

The Black Death Symptoms include chills, muscle aches, headache, fever, and swollen lymph nodes, which can be as large as chicken eggs! These lymph nodes tend to be on the armpit, neck, or groin.

The most popular theory of how the Black Death plague ended is that there was an implementation of quarantines. It is also believed that during the pandemic, people improved personal hygiene. Plus, they replaced burials with cremations because of the incredible number of bodies.

Anthony Fauci, head of the US National Institute of Allergy and Infectious Disease, once told the USA Today that Yersinia pestis is still very much alive and well around the globe. He further said that the bacteria is generally seen in the animal population and is transmitted by the bite of a flea.

These words by Dr. Fauci are not meant to scare you in any way. But they are a simple reminder that you need to observe personal hygiene all the time.

Where Does the Novel Coronavirus (Covid19) Lie?

We know you have read the article with a lot of enthusiasm hoping that you will bump into Covid19 somewhere in the text. The thing is; Covid19 is still around and little is known about it. Therefore, writing a conclusive report about this potentially deadly pandemic is somewhat challenging. 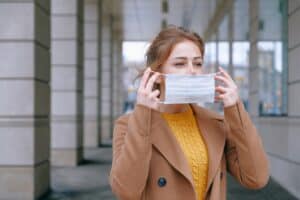 Nonetheless, humans always rise up to overcome the unexpected – and Covid19 is no exception.

At the time of writing this, there are several coronavirus vaccine trials. Furthermore, we have seen an increase in the production of coronavirus UV light wands to help eliminate the virus from surfaces.

With all that said, there is hope Covid19 may not be as devastating as the pandemics we have listed above.

Wrap Up: Deadliest Pandemics in History

This piece is not meant to make you chicken out and run to who knows where. But, rather, it is written to give you hope. It simply reminds you that the Spanish Flu (the pandemic of 1918) or Covid19 is not the first pandemic in history.

It also reminds you that Coronavirus 2019 is not the last pandemic. Since it was formed, planet earth has been ravaged by all kinds of pandemics. But that does not matter – what matters is humans have always come on top no matter what is thrown at them.

Well, this is what we had for you today about pandemics. If you liked the article, please let us know in the Comment Section.

Related Posts
How Can I Make My Small Kitchen Look Bigger?
6 Everyday Women's Outfits You Should Try Out This Fall
Differences & Similarities Of Wedges And Heels
Virtual Tourism: Advantages & Disadvantages
Is Perming Good For Your Hair?